J and I had a lively conversation about whether poly was an identity or orientation sparked by Dan Savage’s recent column responding to someone who identified as “a poly.” Dan is adamant that poly is a relationship structure, and that you choose to have a poly relationship; no one is “a poly” according to Dan. He says that if you have a preference for poly it can be overcome, because it is simply a preference and thus requires a simple decision. We disagree, to say the least. Of course poly is a relationship structure, but it can be much more than that for many people (in our opinion). (We both contributed to this post, by the way!)

What makes an identity versus an orientation? Here are some thoughts we had from our very long conversation about it: 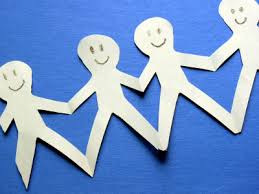 -An orientation seems like an immutable, innate characteristic someone is born with. (We’re still thinking about this one. Sexual orientation, for example, is often thought of as something you are born with, but my experience alone makes me question this. Was I always bisexual, since I was born? I don’t feel like I “chose” that orientation, but that I discovered it. Sexual orientation is also often described as fluid… So this one is confusing!)

-It definitely seems like some people “orient” poly. They express feeling like they have felt poly all their lives. J and some other people we have met fall more into this camp. J expresses that he felt a lot of dissonance with monogamy for most of his dating life, and it feels much more natural now in an open/poly relationship. He could never go back to monogamy because it just feels so wrong for him.

-Other people (like K) seem to choose poly as an identity based on ideas and culture. I (K) don’t feel innately poly, even though I don’t think I could ever be monogamous again (just to make our conversation a little more puzzling). I identify more with with the culture and ideas and values of polyamory and so I identify in this way.

-Something we also talked about was whether humans are “blank slates” with regards to their preferences/orientations for polyamory or monogamy. As J asked, if I don’t feel innately poly, do I feel innately monogamous? My answer is No. So do some come into this world “pre-wired” for one or the other? Are some people more heavily socialized for one or the other? (Nature versus nurture?) One of my ideas is that humans have an innate capacity to love multiple people, and that our social and cultural values around monogamy is what shapes our brains to understand that you can only have one romantic love at a time. I think I may have just been hit a little harder by all of that socialization, because even though I logically agree with poly values and hold them as my own, I have a lot of gut-level reactions that run counter to those values.

-It seems like it would make sense that just as gender or sexual orientation could be fluid throughout someone’s life, that someone’s relationship preferences could also be fluid throughout their life. Maybe for two years you prefer monogamy and then later prefer a poly structure. Similarly, it seems like within the open or poly community there is a spectrum of feelings on identity or orientation. Someone may be in a poly relationship because they feel like they are innately poly and simply could not operate romantically any other way, and someone else may choose to live a poly lifestyle even though all of their deeper-seated/right brain reactions make it difficult because of monogamy norms and socialization.

-Part of what has helped me make these distinctions is the ease in which J and other people we have met express their poly selves. Jealousy comes up, but it’s very rarely debilitating for people who “orient” poly. Poly principles are more easily believed and adhered to, rather than having to experience specific situations and people and having to get comfortable with each new thing. I feel like I have to do a lot more internal work to have a similar outward expression of poly, like I am having to rewire my right brain to match up with my left.

3 thoughts on “Poly: Orientation or Identity?”

The latest news on WordPress.com and the WordPress community.

My adventures in self-discovery and making people happy through stripping

Perspectives On Polyamory From The Windy City

By and about sex workers

Life and love from way, way off the Relationship Escalator

Sex Ed, Honestly
The Gottman Institute
Practical Polyamory™
My Sex Professor
The Work of Louisa Leontiades
Life on the Swingset

Criticism is not uncivil